Marinko Koščec’s A Handful Of Sand.

A Handful of Sand, is a love story and an ode to lost opportunity. Written as a duet for two ill - fated lovers, we follow their individual voices as they struggle to define their  relationship beyond  the initial spark, beyond that first euphoric moment. Via alternate chapters each take a turn telling us their tale allowing us to learn about their past and how this has impacted on their present, both having on-going difficult relationships with their parents. This directly effects how they interact with each other, how they communicate beyond the physicality of their bodies. A handful of sand, has a lot to do with communication or it’s lack,  both sides trying to define through language, trying to find a path that will allow them to come together as individuals, to communicate beyond the safe harbour of words. This is a book where loneliness pervades every page, that haunts the lovers as though it were a ghostly third character showing itself in the guise of joyless love, Eros here is downcast, dejected and downtrodden.

A Handful of Sand is a beautifully written book, that explores themes such as parenthood, lost or absence of faith, that through it’s telling weaves the struggle for life in contemporary Croatia. That explores the fragility of love and how easily that moment of intoxication becomes one of incomprehension and love like sand slips through ones fingers.

This book came to me from Istros Books, and my experience of them is through poetry, having reviewed a book & promoted a poetry competition, so this was my first work of fiction and it was a fantastic choice, the book as stated before is beautifully written, and in a language that could be described as poetic, almost as though a little song to love lost.

Another thought is that this book reminded me of Kobo Abe’s The Face of Another, at first I wasn’t sure why, so I checked my post on this & came across the lines:

“An anonymous faceless eye observing without being seen, reduced to a voyeuristic gaze living among millions of strangers, who although close neighbours, are faces he does not recognise – symbolising  the fundamental facelessness of contemporary man lost in an ocean of complete anonymity.”

This seemed to fit, both characters as they struggled with their day to day existence, and the male character in both books seem to want to connect and yet have become lost within  the layers and barriers through which they peer, searching for a pathway back to when there was a connection, a point when the masks although not totally removed, were slid to one side and one glanced at the nakedness of the other.

I’ve just read this back and realised that I’ve made this book come across as though it were purely a doom-laden read, that would be doing this wonderful book a disservice like all that is shadow, it is revealed by light - meaning that there is humour in this book - it is brittle, sharp and it’s nature dark,  but it’s there and at times will raise more than a smile to your face.

Marinko Koščec is a Croatian author and lecturer in French literature at the Faculty of Humanities and Social Sciences in Zagreb. He is also an editor at the Sysprint Publishing House and teaches novel writing at the Sarasan Creative Writing Centre. He is author of five novels: Someone Else (2001) was awarded the Meša Selimmovič Prize for the best novel in the region, while A Handful of Sand, was nominated for the prestigious Jutarnji List award. 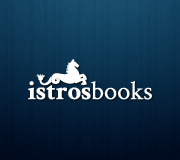 If imagining parts of Eastern Europe conjures up images of grey tower blocks and pickled cabbage, Istros Books is here to change that.Their mission is to shine a light on part of that ‘other’ Europe and reveal its glories through the works of its greatest writers, both old and new. They endeavour to find the best from a wealth of local prose and poetry and to offer it to a new audience of English speakers.

This does sound beautiful. Thank you for a wonderful review.

Great commentary as always. I really like the metaphor of "The Handful of Sand". It has "true" flavor to it and it is also a little poignant.

This is stunningly written and translated ,I found wonderful and diffeerent way to tell a love story I found a refreshing angle ,all the best stu

You didn't make it seem too doom laden to me, in fact you quite intrigued me with your excellent review. Loved this paragraph, "This is a book where loneliness pervades every page, that haunts the lovers as though it were a ghostly third character showing itself in the guise of joyless love, Eros here is downcast, dejected and downtrodden." I also loved your comparison with Abe's work which I would like to read for the JLC7. If I may be so bold I think it is the rare man who does not wear a mask, or is willing to push it aside for a moment. Perhaps it is the rarer woman who can cause him to do so. Fascinating concepts. Relationships and love stories, especially the unhappy ones, are my favorite kinds of novels.

Hi Suko, It is, thanks for commenting

Ciao Bellezza,glad you liked that paragraph,as to wearing masks I think we all do. Abe's a great writer hope you enjoy .

Oh, this sounds wonderful and my kinda book. I do have a weakness for Eastern European literature so adding it to my wishlist. The additional comparison to Abe's Face of Another sealed it for me! Thanks and excellent review. It is stunning when melancholy is done right. Often, it's mishandled by writers who underestimate the level of control needed to sustain and make something out of the mood.

Hi Kinna,thanks for your comment, This should really suit you based on what you've said & with the Abe connection it was more how the book felt & the male characters relation to his environment that made me think of it, rather than any direct link.